Have questions?
Previous How Scientists Identify Novel Prostate Cancer Biomarkers from FFPE Samples Next
For oncologists, diagnosing prostate cancer cases remains challenging. Although it is the second leading cause of cancer-related deaths in men, the main diagnostic test is only partially effective.
Umeå University on May 20, 2022 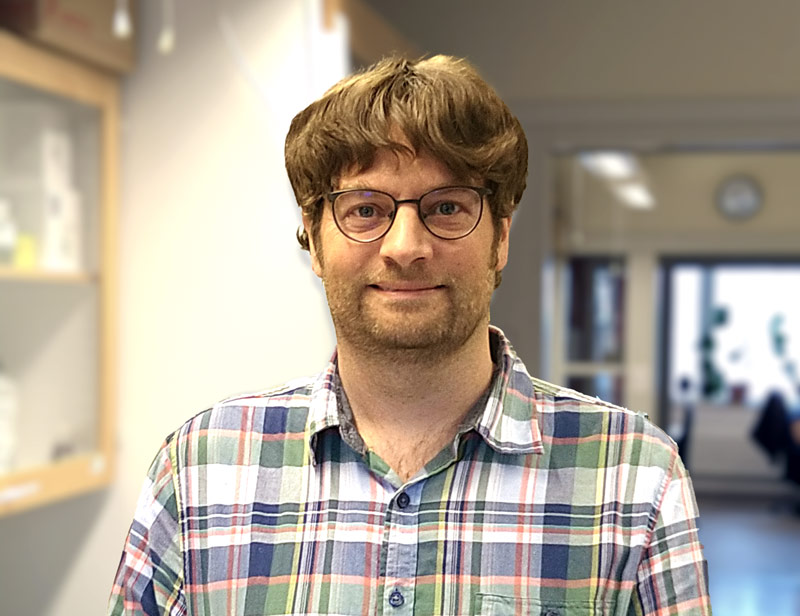 Scientists who study prostate cancer are actively trying to find new biomarkers that can help oncologists better identify cases of the disease. One way of doing this is to look at patients’ preserved tumor samples. Unfortunately, this work is made challenging by the difficulties associated with formalin-fixed paraffin-embedded (FFPE) tissues, which is why scientists are now turning to new tools that simplify the task of extracting data from these samples.

This is exactly what Robert Buckland, Ph.D., is trying to do. He is a postdoctoral research engineer in the laboratory of Andreas Josefsson, MD, in the Department of Surgical and Perioperative Sciences at Umeå University in Sweden. Buckland has worked in the field of molecular biology for more than 20 years in various labs and has a long history of extracting DNA and RNA from different kinds of samples.

Buckland and his colleagues are trying to come up with a better way of both diagnosing and making treatment decisions in prostate cancer cases from blood samples. The scientists are studying the problem by assessing RNA expression in prostate cancer patients.


“In prostate cancer, there aren’t good biomarkers. You can’t just take a blood sample and say for certain that this person has dangerous cancer and this person has no cancer.” 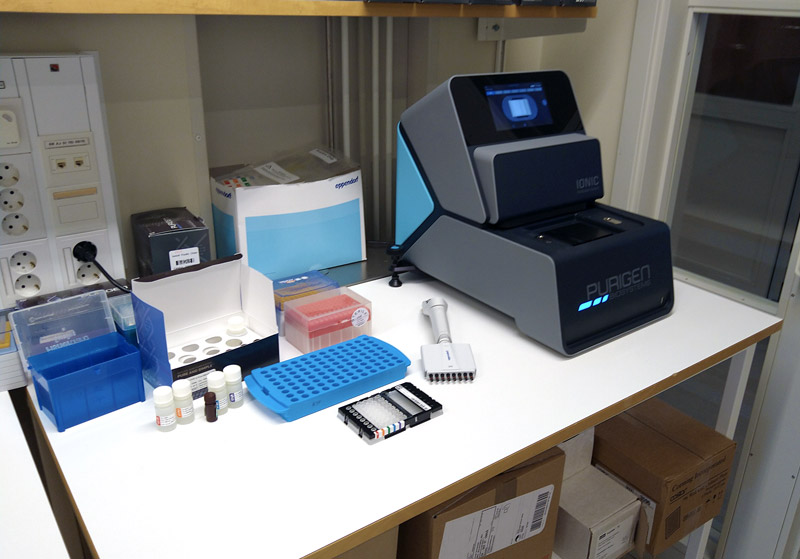 Prostate cancer mostly affects older men, but it does not affect them all in the same way. Most prostate cancers grow quite slowly and may not have a major effect on patients’ health. Others are very aggressive and can spread to the bones and other parts of the body if they are not treated quickly. Outcomes for patients with the more aggressive tumors depend on their age, tumor metastases, and pre-existing health issues. When urologists suspect a prostate cancer diagnosis, they typically look at the results of prostate-specific antigen (PSA) tests. These tests measure elevated levels of PSA in patients’ blood as a marker of the disease. But relatively harmless conditions such as an inflamed prostate or even enlargement due to aging could also cause PSA levels to rise.

In Josefsson’s lab, scientists work with FFPE samples collected from hundreds of prostate cancer patients. They cut thin sections of the tumors and historically have used a spin column-based technique to extract RNA from the samples.

“We look at the tumors and the areas around the tumor to see whether we can identify different biomarkers,” Buckland says. ”If we can, then we can see whether or not they are also detectible in blood.” 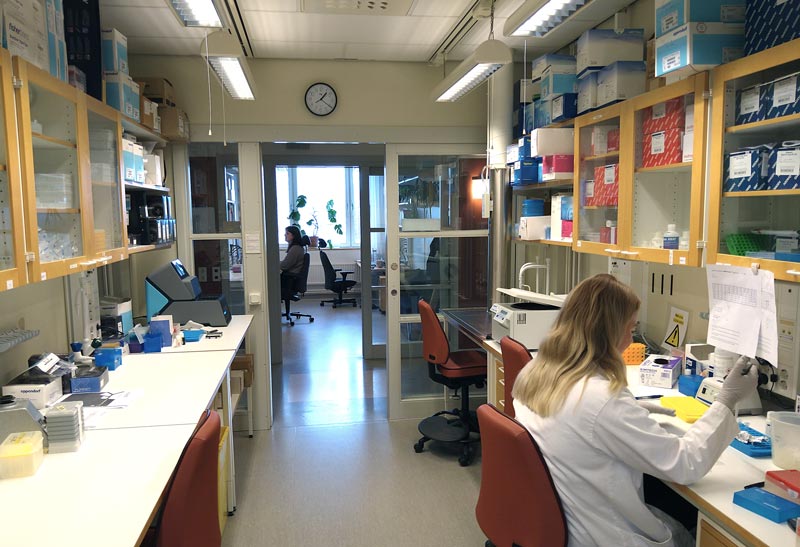 But there were challenges with the team’s workflow. Using spin columns to extract RNA is time-intensive and requires a lot of hands-on work and attention from scientists. Spin-based extraction involves several centrifugation steps; scientists have to monitor the entire process and move samples in and out of the centrifuge at different time points. Some RNA extraction kits use noxious chemicals such as xylene solvents that require working in fume hood and expensive disposal processes.


The Ionic Advantage and Solution

Buckland first heard of Purigen Ionic® Purification System and the Ionic® FFPE to Pure RNA kits at a scientific conference. His team wanted to compare Purigen’s system to their existing approach.

“With FFPE samples, we are working with very little material and there is a lot of variation between samples, even if you use the same technique. It is hard to make a definite conclusion as to whether one is better until you’ve tested a lot of samples,” Buckland says.


Josefsson’s lab has used Purigen’s system in their projects for less than a year, but they have already noticed a significant difference. With Purigen’s kit, it takes much less time to prepare samples for RNA extraction, and scientists are not exposed to any toxic solvents in the process.

Furthermore, Purigen’s protocol has fewer centrifugation steps compared to the spin column-based approach — just three steps instead of nine. It is also less wasteful: Buckland says that his lab uses about 20% less lab plastics with Purigen’s system. More importantly, scientists do not have to babysit the machine, which frees them to work on other tasks. And in terms of the results, “it is definitely as good as the other techniques,” Buckland says “in our evaluation tests we were able to get over 100 ng of RNA from a single slice of a small needle biopsy sample every time, compared to around 90% of the time using our previous spin-column technique”.

The system is also a cost-effective approach to RNA extraction. The kits are priced comparably to similar products on the market. While there are additional costs associated purchasing the instrument, Buckland and his colleagues no longer have to pay to dispose of the toxic chemicals they once used. In addition, scientists do not waste time monitoring the instrument so they can be more productive while it is running. Their research activities are also more environmentally friendly because they use less plasticware, which is a concern for many scientists.

Ultimately, Purigen’s products are making it easier for scientists to identify new diagnostic markers for prostate cancer. For scientists who study RNA expression, the Purigen Ionic® system is a worthwhile investment, according to Buckland.

“A lot of colleagues have asked us about the machine and want to try it,” he says. “I would tell them, ‘Bite the bullet and test the machine.’ The kits are well made and the protocols are obviously written by lab scientists so they are really clear and support from the company is first class.”

-------------
Our POP Program is designed to help researchers compare the performance of our Ionic Purification System to their current methods for nucleic acid extraction. Simply tell us your requirements and send us your samples and we'll do the rest.

ASK ABOUT OUR POP PROGRAM
CONTACT US FOR MORE INFO